No, not me silly!

Today I used the first really good weather since before Christmas to make Ruy’s body a bit lighter ready for the lift.  It has been hard to get people together to help lift the body, so I am using the extra time to do what I can to lighten the potential load.

Today I continued removing parts from behind the dash.  That meant all the air vents and ducting were removed, along with the air controls, the wiper motor, the ashtray holder and glovebox.

Everything went smoothly, albeit with some fiddly bits taking a while to remove.  The only issue is that the driver’s side air splitter which connects to the heater channel was loose and came out along with the ducting.  The potentially poses a problem later on in the build.

After removing the headlamp and hazard light switches from the dash, labelling everything up and placing in the bonnet, I moved on to removing the wheels – just because I can.

I then began the task of removing the doors, which I hoped would be easy enough, thanks to an impact driver borrowed from a friend.  Everything was fine until the last screw, which refused to budge.  I resorted to heating it up for a while then trying again.  It soon came out! 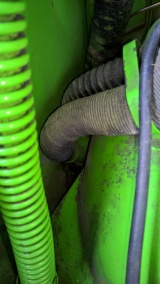 The ducting that came out 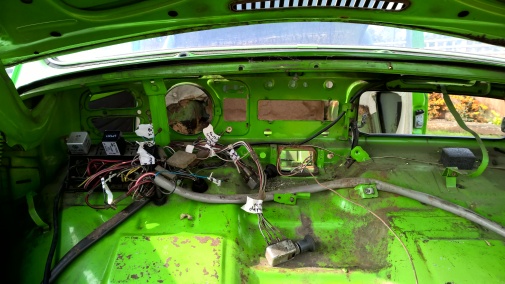 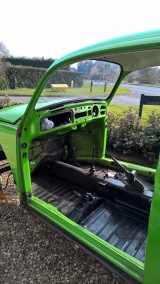 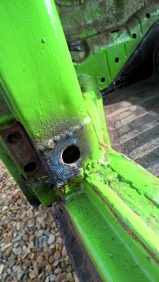 Residual marks from the heat…

So, everything is set for removing the body.  Then it is on to removing everything from the chassis.

Before I do that, I will need to measure the existing floorpans, so I know the correct measurements for welding in the new ones.  I will also need to clean everything up, before shipping it off to the blasters and plasticoaters.

Yes, I have decided to get the chassis and pans plasticoated, as it works out about the same price but lasts a lot longer and means no need for Waxoyl it seems.